Internet of Things: Another World is Possible​ is an exhibition project facilitating a collective inquiry from (and through) the quarantine. Navigating online and offline. Traversing temporalities.

With the world currently on lockdown as a result of the COVID-19, most human interaction has become relegated to cyberspace. As such, we find ourselves increasingly vulnerable to the reign of communicative capitalism and high technology, connected to the precarious state of disembodied presence.

The internet utopians realised early on that just as cyberspace embodied the potential for liberation and the formation of radical subjectivity, it was also capable of being taken up by systems of domination. Driven by the expansion of capital, the proliferation of the digital corresponded to the acceleration of the info-sphere, and the simultaneous designification of the world. A cancellation of the future. Or in other words, the disappearance of a radically different political future. Following Baudrillard; “Everything.. transposed into the virtual, and we became confronted with a virtual apocalypse”.

How do we think about recovery and repair in the context of such hierarchical networks. The work of repair that allows for a sense of futurity and/or helps us think other worlds. Multiple. Without boundary.

IOTAWIP is an invitation for reflecting on the Situ, from our active positions behind the screens. Deconstructing the crisis, contingency, social structures, cyberspace, memes, anxiety, technology, geography and body-politics. Live stream to news feed. From the medium and its discontents, to the state of emergency.

*The program unfolds through an online residency and live-streaming activities. 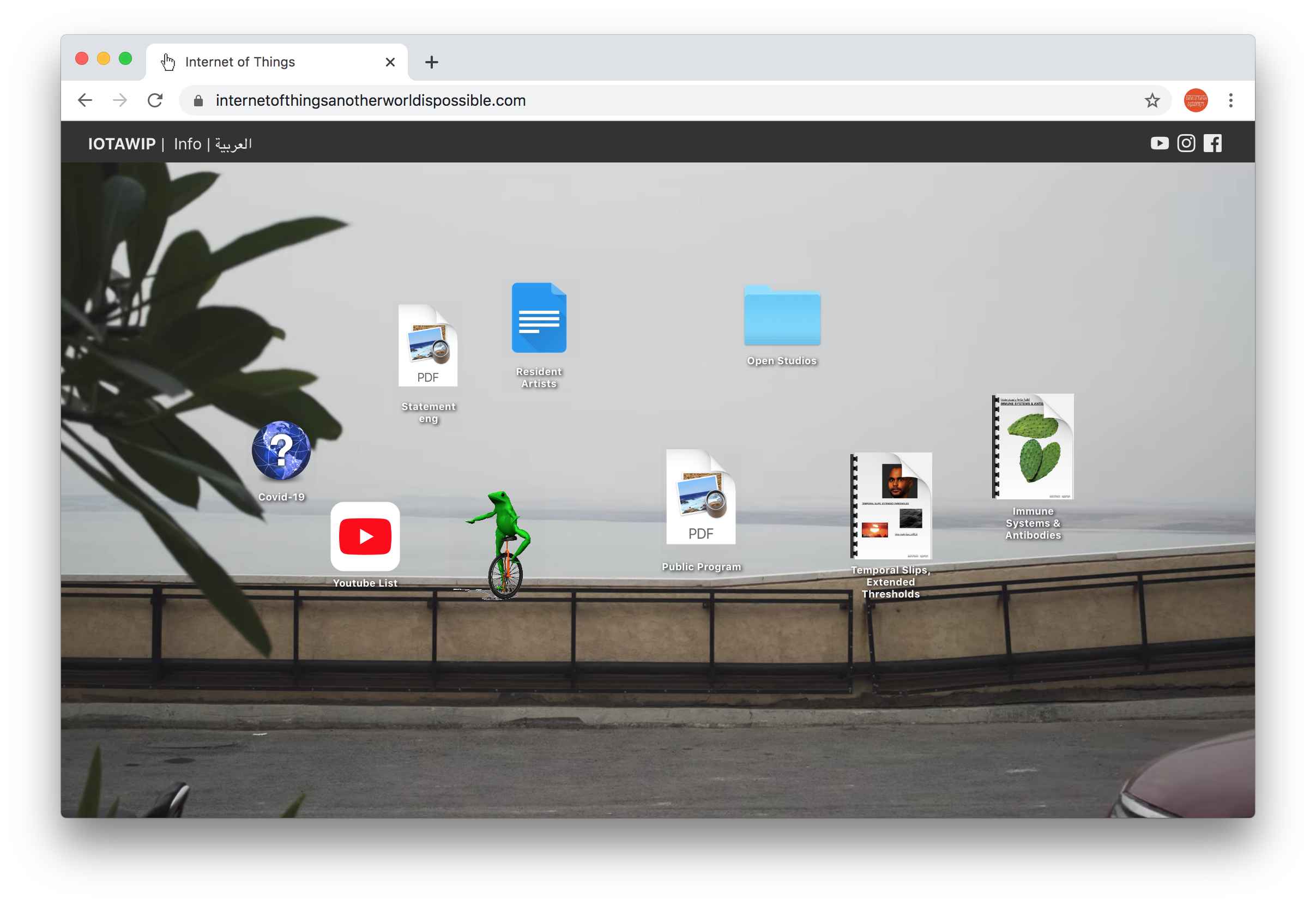